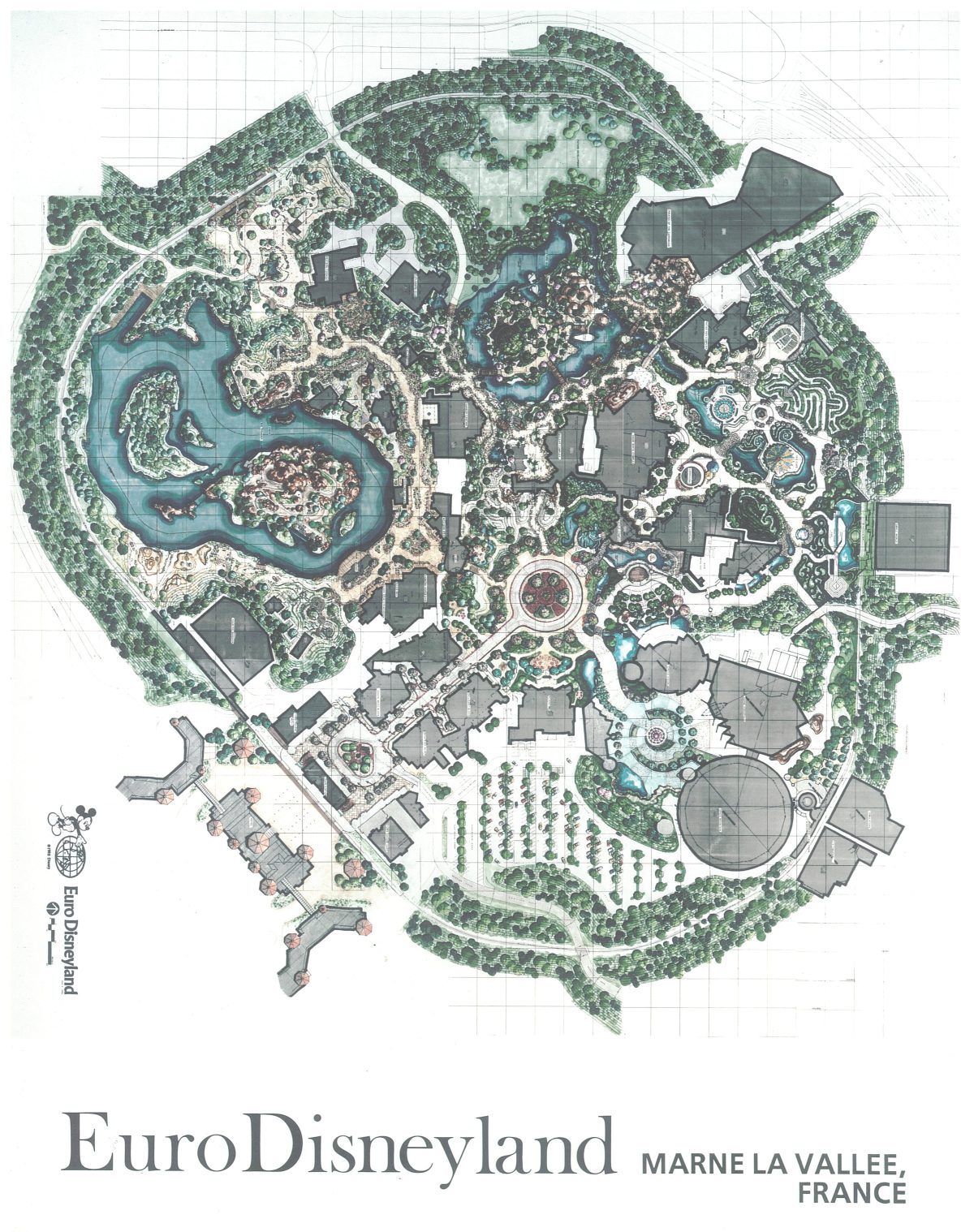 From early 1987 until late 1991 I was an  Area Development Coordinator for Walt Disney Imagineering.  Originally we were a small team of 5 people whose job it was to design EuroDisneyland (as Disneyland Paris was known back then).  Our role was to design everything except the rides and buildings.  We focused on design of the landscapes and site amenities as well as ensuring that the civil works, buildings and rides were coordinated with each other and with that landscape.

Disney’s goal for the park was to ensure that it resembled the original park in Anaheim California, rather than Disney World in Florida.    The park in California was site planned and designed by landscape architects (including my late friend Bill Evans who was Walt’s right hand), whereas the park in Florida, we were told, was designed primarily by civil engineers and operations staff.    Disney felt the California park was successful in part, due to its more human and intimate scale.

We spent most of the first few months arriving at the park in Anaheim at 7am, to measure things and take a photographic record of elements we would be incorporating into the design for the new park.   It is a surreal experience to enter into the park from the ‘back door’ and then have it to yourself for a couple of hours with nobody else there except painters and maintenance staff.   We would then return to the studio in Glendale Ca. to further the design development drawings and sketch ideas for our lands.

After a year and a half, we were asked to move to Paris to work directly with the local design firms who had been retained to deliver final working drawings.   We were there for almost three years and worked with hundreds of architects, civil engineers, landscape architects, show producers and operations staff.

Much of what I learned during that time has been of use in my work that followed.   Here are a few ideas that particularly struck a chord and have been of value to me professionally for the 25 years of work to follow.  Every single one of these ideas can be translated into traditional master planning, urban design, park design and landscape architecture projects: 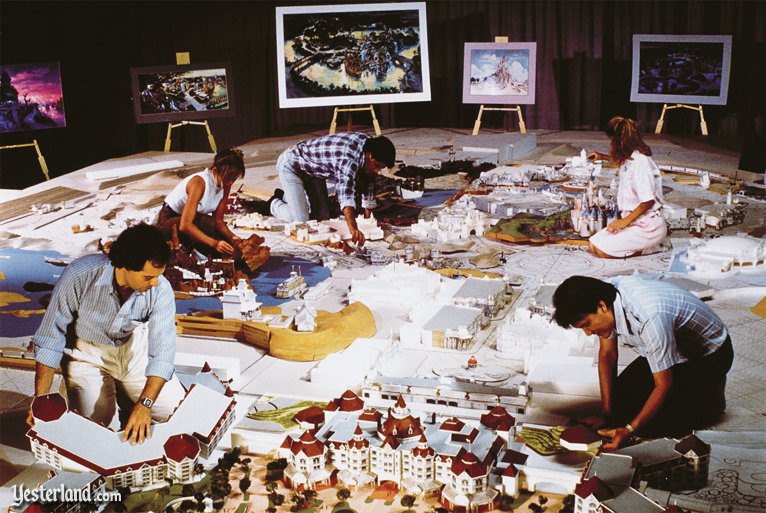 Rides like Pirates of the Caribbean are what known as dark rides.   They take place entirely within buildings.   The monorail actually enters some of those rides in order to enhance the monorail experience.   Our colleague Dave discovered that the layout of the monorail would miss the opening into Pirates, by almost two metres.   He found the mistake just because he was diligent.   Would have been an expensive fix.

2 thoughts on “Ten Things Designers can Learn from Disneyland”